It's a tale as old as time: Male tech workers dominate the meeting, but when a female colleague puts an idea forth, eyes glaze over, the idea is met with a chorus of "mm-hmms," and the guys go right back to white boarding their ideas.

If you're a woman or a member of an under-represented group in technology, this scenario probably sounds frustratingly familiar. But it doesn't have to be that way. There are tactics and techniques you can use to get your ideas across effectively without shouting, talking over people, and making a scene.

Let's dig into why this happens — and what you can do to rise above it.

Are your male coworkers in this instance chauvinistic boors who look down on women and don't value their ideas? Almost certainly not. In fact, they probably consider themselves to be progressive supporters of gender equality. 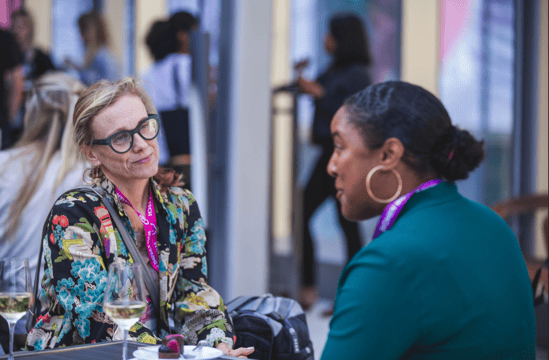 The likely answer is ingroup bias. In simplest terms, ingroup bias is the tendency humans have to align with and give preferential treatment to others who belong to same groups they do. This can include racial or ethnic groups, gender groups, and essentially any group a person can belong to. You can even see ingroup bias at play among fans of different sports teams or different musical artists.

Consider this example: Imagine you're a baseball fan who roots for the Atlanta Braves. You're also relatively new to your current employer. If you find out that Kate, Andre, and Lucas are also Braves fans, but Jeff and Lisa root for New York Mets, you'll be much more likely to gravitate to — and eventually agree with and support — your fellow Braves fans, at least where matters of baseball are concerned.

This likely won't be a conscious choice. In fact, it's typically unconscious — meaning you aren't aware that it's even happening. But even though it may be unconscious, it can still lead you to agree with ideas and take actions you might not normally agree with. In fact, it can even influence people to justify doing dishonest or immoral things, as long as they benefit our ingroups.

This is likely what you're encountering in meetings where you feel like your ideas are unheard or ignored. The men in the room probably aren't purposely trying to make you feel unheard or unvalued — they're just giving into ingroup bias. That doesn't excuse how they make you feel or the potential damage they're doing to your organization and team by not considering your ideas, but it can help you understand what's happening in that moment.

Let them know the real you

When we're minorities in any group — like being a woman in a male-dominated field, or the only member of our race or ethnicity on a team — it's easy to want to shrink from the spotlight. But in doing so, you're only helping the ingroup see you as even more of an "other." Instead, take a deep breath and take the risk of putting yourself out there.

If you're in a meeting with colleagues you haven't worked with previously, introduce yourself to each of them by name before the meeting starts. If time allows, ask personal but professional questions, like how long they've been at the company, whose team they're on, or if you're all working the office, what part of town they live in. These personal questions are, in turn, likely to prompt them to ask the same of you. And by answering them openly and honestly, you're no longer a nameless coworker they know nothing about, but someone they're on their way to getting to know.

Another tactic here is to take every opportunity to build rapport and trust with your colleagues. That can take many forms, ranging from volunteering for team projects, going on team outings, joining employee resource groups (if your company offers them), or even grabbing coffee or a drink after work.

Again, this is about humanizing yourself and letting your coworkers get to know and trust you and start to see you as part of their own ingroups, rather than just another unknown coworker.

Do these phrases sound familiar? If so, you probably use them at work more often than you think — and it's undermining your ideas and, well, you. Maybe you do it because it's a habit you formed in childhood, or maybe you do it to protect yourself against expected rejection. But whatever the reason may be, by prefacing every contribution with an apology, you're essentially telling your coworkers: "I know this isn't a valid idea, and you have permission to ignore it."

Women are especially prone to this behavior, in part because of societal conditioning, but also because they're wired to apologize more frequently than men. In fact, a University of Waterloo study found that women apologize more than men because their threshold for what they consider offensive is lower. In other words, men apologize less because they find fewer things as offensive.

Overcoming both an innate quality and years of societal conditioning won't be easy, but you can start by giving yourself a sort of simple script to use when you want to interject with a question or an idea. For example, if you're prone to over-apologizing, practice using language like:

Each of these is simple, but they also subtly reinforce the notion that your ideas are valid and worthy of consideration, rather than undermine your credibility.

Find ways to showcase your expertise

If you haven't guessed by now, the theme of these steps is "building trust and changing perceptions." Yet another way to accomplish this is by cementing yourself as a subject matter expert. Regardless of what you're an expert in, make sure to showcase that expertise as publicly as possible.

This doesn't mean proclaiming yourself an expert loudly at every turn. Instead, look for ways to showcase your knowledge and skill in ways that bring value to your team and your organization. This can include volunteering for special projects or serving on committees, giving a presentation at a lunch-and-le

arn, or offering your services as a mentor to others (with your manager's approval, of course).

These are just a few ways to showcase what you know. Look for other opportunities that may arise during the normal working day, and don't shy away from contributing wherever you can.

Say "so long" to being likable

Almost all of us want to be liked by our colleagues. It's only natural, after all — especially if you're the only woman or minority on a team. But when it comes to getting your ideas heard at work, there's something more important than being liked: being respected.

Consider this: being liked may earn you invitations to after-work drinks, but it doesn't encourage others to take your contributions seriously during meetings or throughout the day. This doesn't mean you should be strident, hostile, or antagonizing — it just means not holding back when you have an idea out of fear of how you'll be perceived.

If you confidently assert your ideas and opinions without the undermining qualifiers like we discussed above, over time, your colleagues will come to respect you and your skills. It won't happen overnight, but taken with the other tactics on this list, it will change how your colleagues perceive you — and make it easier for your voice to be heard at work.

Don't be afraid to take risks

People are naturally risk-averse. After all, the ability to evaluate a scenario and determine if it's dangerous or safe is literally hardwired into our psychologies — if it hadn't been, we probably would never have survived as a species. But in the world of work, and in tech in particular, being too risk-averse can prevent your voice from being heard. It can even be a career killer.

That's because every action suggested in this article involves taking a risk, as will most of the opportunities you'll have to advance your career. Asking for a raise or promotion? Risky. Offering to speak at a conference? Risky. Asking a leader you look up to mentor you? Risky.

But they're not that risky.

You aren't going to lose your job if there's no budget to send you to that conference. You won't be publicly ridiculed if you ask for a raise. That leader won't send out a company-wide email announcing that he or she declined to mentor you.

In other words, before you less anxiety prevent you from doing something that could propel your career and get your voice heard, consider what — if anything — taking that risk may realistically cost you. For example, a leader who's too busy to mentor you at the moment might result in a bit of elevator awkwardness, but nothing more meaningful than that. Keep this in mind before you decline an opportunity, and you'll have even more opportunities to make your voice heard at work and grow your career.