Imposter syndrome affects up to 82 percent of professionals today. Learn how to spot the signs, and get tips on what you can do to fight back negative feelings of incompetence.

Any day now, anyone who ever gave you an A+, a degree, a job, or a promotion is going to wake up, realize their mistake and reveal your incompetence to the world.

Of course, we know that's not true. But if any of those thoughts has crossed your mind for more than a fleeting second, you could be suffering from imposter syndrome. First coined in 1978, imposter syndrome refers to a feeling of professional dread that stems from the belief that one isn't qualified, competent, or deserving enough to have made it as far as they have in their career. Today, the number of people who report grappling with these feelings is a staggering 82 percent.

While everyone experiences self-doubt at times, engrained imposter thinking can prevent you from reaching your true potential. Self-proclaimed "imposters" are less likely to ask for a raise, take on new work that could grow their skills, or throw their hats in the ring for a promotion.

If you feel this kind of thinking creeping up in your daily life, or if you've been grappling with it for some time, read on to learn what you can do to negate the negative thoughts and restore your confidence at work. 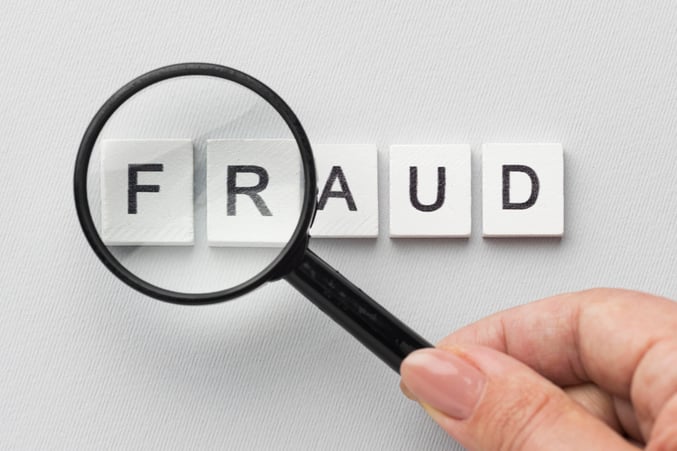 The symptoms of imposter syndrome can read as stress, anxiety, or even depression, so spotting the signs can be tricky if you don't know what to look for. It's generally believed that there are five main types of "imposters," and understanding which category you fall under can help you chart the way forward.

The expert: Finishing tasks is never satisfying. There's too much to learn, and these individuals will never be at ease until they've mastered a subject.

The perfectionist: Setters of lofty goals that are near impossible to reach. They experience high levels of stress and anxiety whenever they come up short.

The natural genius: Gifted autodidacts. Most things in life came easy, so when they encounter their first roadblock in adulthood, they're unequipped to handle it and credit it to innate incompetence.

The soloist: Lone wolfs who prefer to work alone, and view asking for help as a sign of incompetence.

The superhero: Commonly referred to as "workaholics," their success has been built on working around the clock, and thus, often feel they're falling behind during downtime.

No matter which category you fall under, one of the universal symptoms of imposter syndrome is the belief that you're suffering alone, the sole phony who somehow snuck their way past the gatekeepers and in to the club of the competent. However, this false belief is exactly why sharing your experience with others is so important. Remember, imposter syndrome affects over eighty percent of employees, so chances are someone you know will be able to relate — they may have even overcome it themselves and can share their firsthand experience on how to proceed.

This would be a great conversation to have with a professional mentor if you have one. Imposter syndrome is prevalent among high achievers, so those with the most seniority probably know a thing or two about fighting nagging feelings of fraud. Seventy-five percent of women executives, in fact, said they had experienced imposter syndrome at some point in their careers.

Still, it can be a hard truth to accept when you're in the thick of this type of negative thinking. That's why knowing your experience is not only universal, but common among those who, by society's standards, could never be classified as anything other than the "real deal" is so important. Don't believe us? Just take it from these accomplished folks:

Tina Fey: “The beauty of the impostor syndrome is you vacillate between extreme egomania and a complete feeling of: ‘I’m a fraud! Oh God, they’re onto me! I’m a fraud!’”

Maya Angelou: No matter how many books she wrote, any time she'd finish a new one, she'd think to herself: “Uh-oh, they’re going to find out now. I’ve run a game on everybody.”

Michelle Obama: The former first lady has said she used to lie awake at night and ask herself: Am I too loud? Too much? Dreaming too big? “Eventually, I just got tired of always worrying what everyone else thought of me,” she said. “So I decided not to listen.”

A famous comedian, a prizewinning author, the actual former first lady of the United States? If you suffer from imposter syndrome, take a moment to pat yourself on the back — believe it or not, you're in elite company. The more you talk with others, the more you'll begin to see how normal these feelings really are. At a certain point, the more conversations you have, the more statistically improbable it becomes for all these self-proclaimed imposters to really exist. Every business would crumble. Society wouldn't function. We'd be stuck in the stone ages forever. And yet here we are.

Focus on the facts

Whenever runaway thoughts of imposter syndrome materialize, focus on the facts to reframe your thinking. What may seem like small wins to you can add up to help reshape the perception you have of yourself as a professional.

For instance, start at the beginning and reflect on the simple fact that you were even hired in the first place. Candidate selection processes can be a gauntlet, with initial screenings, questionnaires, multiple rounds of interviews and sometimes even a trial period. If you proceed under the assumption that you are, in fact, the only imposter, then everyone else, by that logic, must be competent — including all those who believed it was a wise decision to move you through the interview process and ultimately hire you at the end.

Write out a list of the rest of your qualifications then move on to your accomplishments. They could be degrees, awards, or moments on the job that earned your praise and recognition — or even times you know you conducted yourself as a true professional, even if it flew under the radar. Whenever you find your mind wandering, refer back to your list. Going forward, as new accomplishments arise, make sure to give yourself time to acknowledge and own them. They weren't due to luck or some other factor outside your control, they were due to you, your hard work and your talents.

You won't rewire your thought patterns over night, but by taking these small yet significant steps to self-reflect, you can fight away the feelings of fraud and be free to reach your true potential.

Why are soft skills so important when it comes to thriving in technology jobs? We'll explain — and what you can do to refine your soft skills today.

Do you need help convincing your manager to send you to a Women Impact Tech Accelerate Conference?